Culture in The Workplace, How Strong is Yours? 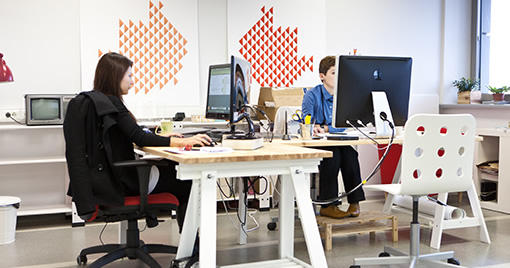 Have you ever taken the time to think about your company’s culture? If so, what is it? What does it consist of and can you describe it to a prospective employee? Is it a culture that both you and your team can be proud of, and one the new employee might want to be a part of?

But isn’t that for someone in the Human Resources team to worry about? After all, you are the one keeping the business moving forward right? Wrong, its you who builds the culture in your team.

As a professional recruiter, when I am briefing candidates about a prospective company/role, I am often asked about the culture of the company. Great candidates want to know this up front and will be sure to press to understand this. Whenever I take a brief on a role with a client I ask them to describe the culture and I generally hear the response of, “yes we have a great culture” and “everyone gets on here really well”
But is that all a culture needs to be? I beleive it should be so much more than this.

We often hear in the media about the “War for Talent” and how hard it is to find exceptionally good candidates when recruiting across all sectors, so doesn’t it make sense to retain your great people by making it hard for them to leave? By creating an environment that they want to be a part of? Surely a strong culture goes a long way to making this a reality.

Do you think your employees typically turn down approaches from other companies? My belief is that they don’t always and will listen to what the competition is offering, and generally culture is high on the agenda. Trying to define your culture is a very tricky concept, as it is not a tangible exercise.

The general consensus is that a strong culture within a company is going to be a determining factor in which companies may succeed and which may fail.

We hear a great deal in the media about companies with a strong positive culture, notably Google, Apple, Microsoft and Toyota whose corporate cultures are models, which others hope to emulate. That, in and of itself may be part of the problem. Their culture may not work for your company and its values and vice versa.

The global economy has been such that companies who are or were struggling are looking for the right answers to help them to outperform thier competitors. A major part of the equation is finding the “right” company or corporate culture.

One mistake that companies make is to take a culture from another company and deem it to be right or correct for their own company. In many cases, it is not. Your own set of values, your company culture should be well thought out and carefully implemented to ensure that it is yours and not a pale imitation of another company.

So how can you determine your own company culture and then implement it in such a way that your company grows and excels as a result?

Finding your own culture for your company is the first order of business. Defining who you are, and why you are “that” kind of a company is as easy as looking over your own foundation, your values as a company and what you stand for as a group.

In many cases, we believe that we have that strong sense of values and community when the reality is that we’ve borrowed it from another company and it isn’t working for us. Once you’ve explored who you are and laid the foundation for your company culture, the future of your company is dependent upon engaging your employees to become a part of that culture and use it to promote growth and excellence.

Motivating our employees and inspiring them to put forth maximum effort and maximum energy for the good of the company is the goal, but how is it accomplished?
Even after you have defined the culture that you want and enlisted the team members, turning them into a cohesive and functioning team, rather than into a group of competing individuals is difficult. How can you ensure that they are functioning as a unit? Different methods work for different cultures. It isn’t a cookie cutter solution and some exploration and understanding of your team will be required.

Engaging the team in both professional and non-work related activities can help you build a team rapport. Understanding the individuals passions for sport or other hobbies an interest and encourage the wider team to participate can help you. Meet and greet occasions involving their partners/family, company functions, awards dinners could all be ways that you could motivate and engage your employees to become part of a single unit that is functioning at peak efficiency.

In some cases it’s as simple as fostering a sense of community and friendship. Where do your employees eat, what kind of seating is involved in work areas? Are they staggered and separated, not even eating lunch together? Giving them a little community sense may foster a sense of not only community but also a company culture.

Another way in which to motivate your employees is to infuse them with the idea that your business has a purpose and is doing good for someone, that perhaps you are helping people or a concern. People who believe that this is true will often grasp the business with both hands and breathe new life into it with fresh ideas and energy that will excite other employees as well.

Building a company culture that is strong and healthy and engaging your employees to become members of a functional and strong team, absorbing them into that culture is going to take some time, but having done so, the rewards that you can reap as individuals and as a company can be nothing short of astounding.